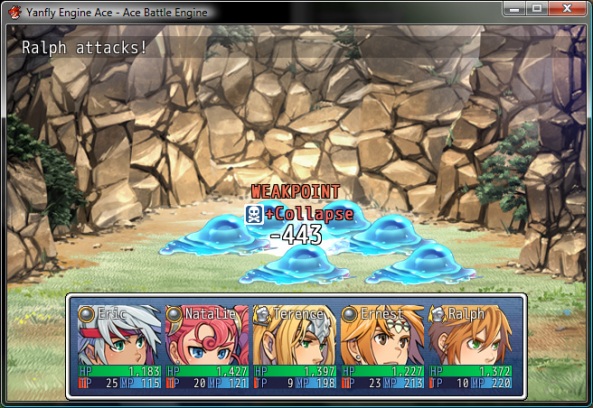 Here it is! And no, it’s not sideview or anything yet. I’m taking a different approach this time around compared to how I did Battle Engine Melody. This script is basic battle engine. Add-ons can be added optionally at the user’s whim. By keeping the basic engine simple, it’s far easier to edit, adjust, and change to your liking without fear of breaking everything else. While Battle Engine Melody was truly capable of doing a whole lot of things, I felt a lot of people were afraid of modifying it to suit their tastes because of how huge it was. With everything broken down, users can choose to outfit it with how they want while having a base script to work off of.

Also included with today’s script is Hide Menu Skills! There’s not really much I can do as a screenshot for that.

Of the things I will add later on, it’ll be the return of the Melody language (for all you Melody lovin’ folks), graphical changes (which include a turn bar, visual battlers: sideview or whatever is adjustable, HUD changes), mechanic changes (ATB, CTB, PTB), and other various things to pick and place into your game. 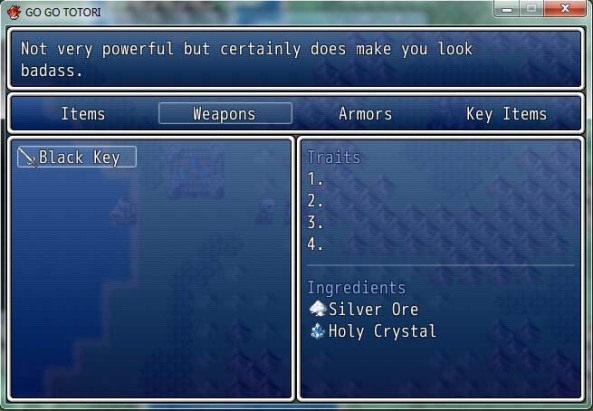 For those who remember Kread-EX, he’s back and with a synthesis script! I felt really giddy inside seeing this one primarily because of of being a huge Atelier Rorona/Totori fan (can’t wait for the EN release of Meruru!) and seeing that he designed this strictly off of Totori’s synthesis system makes me really jumpy and wanting to show it off. Way to go Kread!