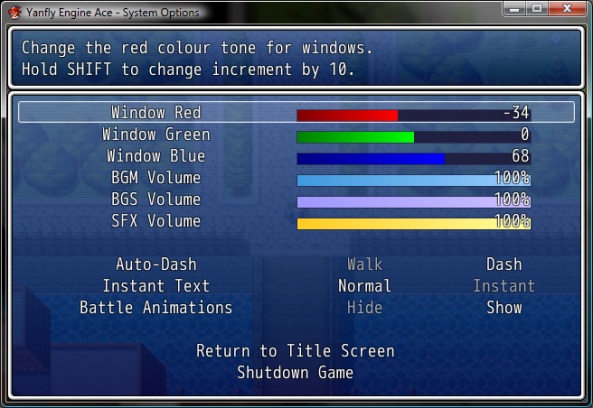 This script replaces the “Game End” option in the Main Menu with a “System” menu where the player can adjust various settings in the game. Of them, the player can change the window colour, the volume for BGM, BGS, SFX, set automatic dashing, message text to display instantly, and speed up battles by hiding battle animations.

Advanced users can even set their own custom switches and variables to be a part of this list.